With the recent introduction of Varroa in Australia, the spread of the parasite is now global. Selection is a must to improve honeybee performance and resistance to disease at the same time. A team in the United States, working at the USDA (Saelao et al., 2020) compared several genetic lines, from different breeding programs, selected for their capacity to reduce Varroa infestation by their hygienic behaviour. Varroa Sensitive Hygiene (VSH) allows the bees to detect infested cells, uncap them and remove the parasitised pupae. The Hilo breeding program, developed during 12 years in Hawaii, succeed to select bees on VSH and honey yields. The study characterized VSH candidate genes as useful for further genomic selection. The researchers also looked at genetic diversity, which is essential for sustainable beekeeping. They found that consolidation of genetic lines reduces the diversity already harmed by previous successive genetic bottlenecks, especially in new world countries. Therefore, efforts must be continued to conduct breeding programs satisfying both economic purposes and genetic conservation. 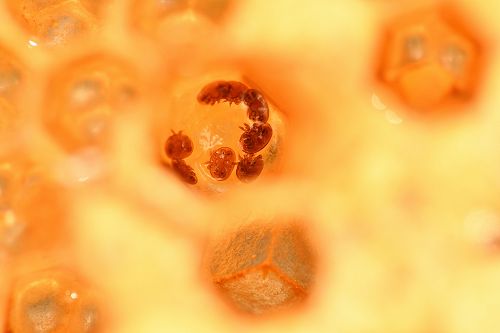 Where do bees come from?