Surveying recent bee research from around the world

Welcome to the Future Bees NZ Ltd. inaugural newsletter. We’re planning to release a newsletter every month during the first week of the month. This month we are covering current scientific papers that might be of interest to beekeepers. Working with academic collaborators, we’re constantly reviewing the latest in bee research from around the world and working to translate that in ways that can be beneficial to the global community.

Next month we’ll look into IoT systems, and how they stack up in terms of technology, costs and benefits for a beekeeping operation. As part of ongoing research projects, we’ve gained significant experience with IoT systems and are continually trying to determine the minimum amount of IoT that is beneficial to beekeeping operations of various sizes and scales.

🌍Where do bees come from?

Western honeybees (Apis mellifera), have spread all over the world, both by themselves, and through humans moving them. There are lots of different subspecies across Eurasia and Africa, but it is hard to tell where they first came. In a paper by Dogantiz and others (Dogantzis et al., Sci. Adv. 7, eabj2151 (2021)) the authors have sequenced the genomes of 251 individual bees, from 18 subspecies, to work out where bees first came from on Earth. They show that Apis mellifera at first arose in Asia, and subsequently there were three migrations of bee families out of Asia into Europe and Asia. Two of the bee types most common in New Zealand, Italians and Carniolans came out of Asia in one of these migrations, while ‘British black’ bees came to Europe in another migration. Dogantiz work points out some of the genetic adaptions that subspecies of bees have to their environment, adaptations that might be useful to beekeepers.

With the recent introduction of Varroa in Australia, the spread of the parasite is now global. Selection is a must to improve honeybee performance and resistance to disease at the same time. A team in the United States, working at the USDA (Saelao et al., 2020) compared several genetic lines, from different breeding programs, selected for their capacity to reduce Varroa infestation by their hygienic behaviour. Varroa Sensitive Hygiene (VSH) allows the bees to detect infested cells, uncap them and remove the parasitised pupae. The Hilo breeding program, developed during 12 years in Hawaii, succeed to select bees on VSH and honey yields. The study characterized VSH candidate genes as useful for further genomic selection. The researchers also looked at genetic diversity, which is essential for sustainable beekeeping. They found that consolidation of genetic lines reduces the diversity already harmed by previous successive genetic bottlenecks, especially in new world countries. Therefore, efforts must be continued to conduct breeding programs satisfying both economic purposes and genetic conservation.

😷Bees practice social distancing in the event of pandemics.

While we have all been socially distanced due to COVID-19, it turns out Bees know this trick and use it as a response to Varroa. Social distancing reduces infections among individuals; it's hard to get a virus if you are sitting in front of Zoom 200 kilometers from an infected person. While bees don't have Zoom, a paper by Pusceddu and others (Pusceddu et al., Sci. Adv. 2021; 7 : eabj1398) shows that honeybees change their behaviour when their hive is infected with Varroa mite. The bees act to separate foragers from nurse bees, changing the location of where the waggle dance occurs and decreasing contact between bees in the brood chamber and foragers. The research shows that the bees change the way they behave as a way to limit the spread of mites in the hive. Given the resistance to social distancing from many humans, perhaps bees are smarter than us when it comes to facing pandemics!

🗺News from Around the world

📰Varroa is now in Australia!

The Varroa mite has been discovered in the Australian state of New South Wales. Australia was the last country internationally to be exposed to the ravages of Varroa. Emergency eradication zones have been established in an effort to deal with the infestation. Satendra Kumar, chief plant protection officer of New South Wales state, has suggested that a widespread varroa mite plague could cost Australia's honey industry $70 million a year. 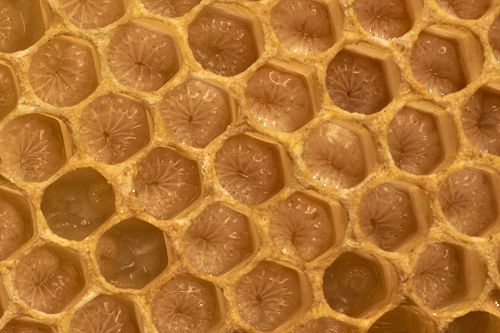